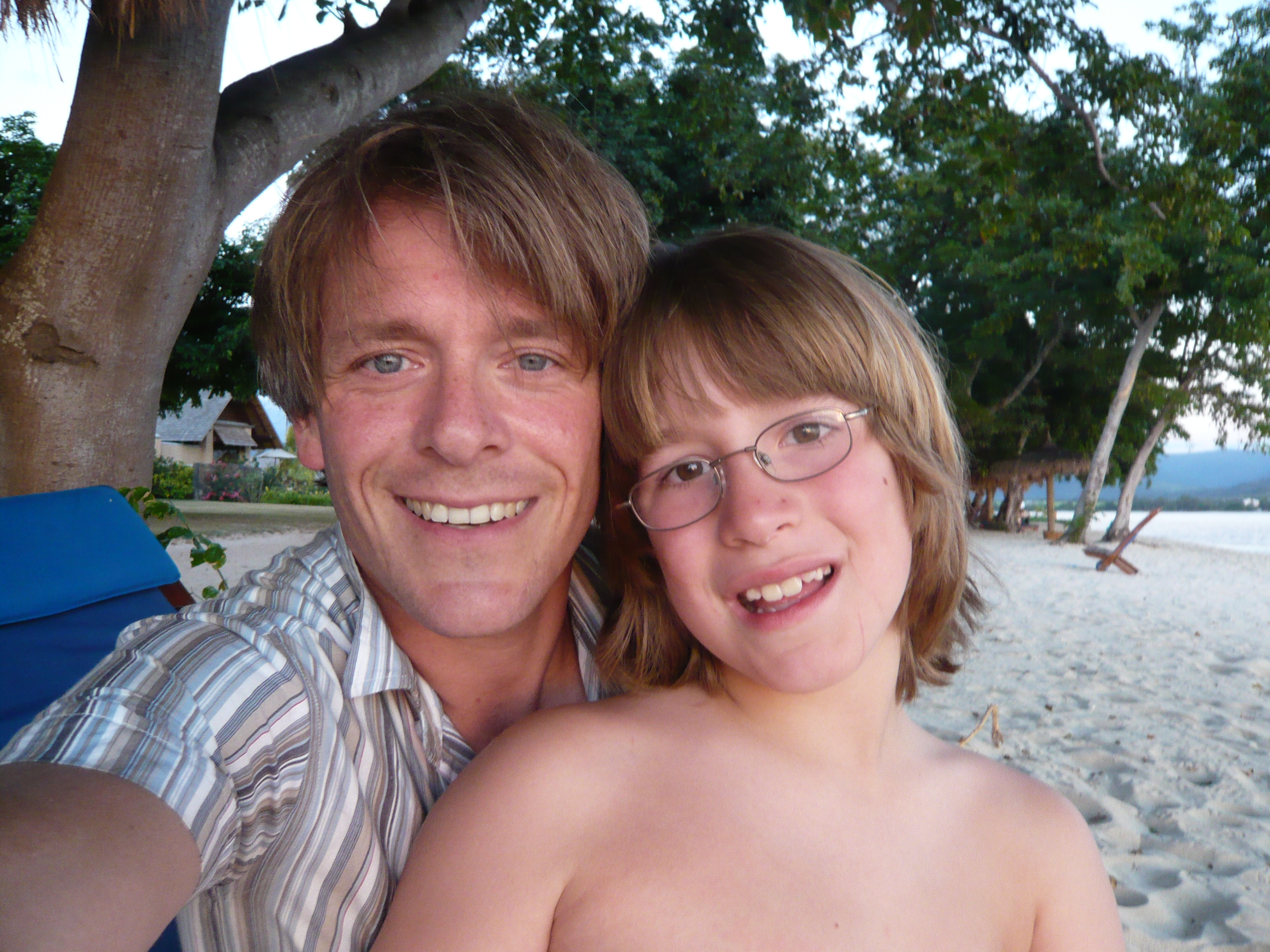 For the first time ever I took four weeks off playing the cello, and I must admit I could have got used to it – – I spent a heavenly time on the gorgeous island of Mauritius together with Janos, it was so good, that I really have a hard time getting into the working mode again. After three weeks of water-skiing, diving (we did our Advanced Open Water Exam, which doesnâ€™t mean anything but that we are allowed to dive up to 30m), wind-surfing, snorkeling, sailing, katamaraning, para-sailing, reading, eating wonderful food and sleeping a whole lot I could just continue doing this for at least another monthâ€¦
Well, is quite a paradise: the weather was just perfect for us, not too hot, not too

cold, the right amount of sun, rain, clouds, the water invitingly warm, and the people of are lovely, very respectful with the environment and their guests, but not too subservient in their service. And the hotel in which we were staying really seemed like paradise on earth â€“ now I understand why I didnâ€™t take holidays for a while: I wanted to wait and be able to afford the perfect ones 🙂

But now I am on my way to , to play the Brahms Double Concerto in with my good friend Miguel Hardt-Bedoya and the young violonist Augustin Hadelich, whom I havenâ€™t met yet. Last week as the first concert after holidays, I did the season opener of the Radio Orchestra Berlin (RSB), playing the Beethoven Triple under Marek Janowski (Steven Osborne and Shunsuke Sato doing the â€œsupporting castâ€ ) â€“ what stress, after not having touched the cello for nearly a month, the most dangerous of all â€œcello concertiâ€ (yes, it ainâ€™t one, but since itâ€™s the only thing Beethoven wrote for us cellists, we claim it â€œoursâ€!).

How did I prepare to get back into shape? I picked the cello up from my violinmaker who had done some necessary cosmetic work on it three days before the first rehearsal, and the first two days I only practiced technique, did the most basic exercises you can imagine: open strings, stuff for the left hand, scales, arpeggios, double-stops (fourths) and a bit of Bach. Not until the day before the first rehearsal did I start with the Beethoven itself, and because by then my fingers knew their way around the fingerboard again, it came back pretty quickly.

Ok, the performance wasnâ€™t perfect, I was a bit nervous, with radio and all, but actually I have never received such a enthusiast reception after the Tripleconcerto: people actually cheered, which I think was mainly because of the excellent interpretation from the conductor: he managed to make this piece sound much more â€œSturm und Drangâ€ than for example Karajan. It felt like the masterpiece it is, which only works when the orchestra part isnâ€™t being played without passion, too heavy and without direction. First concert in the sold out Berlin Konzerthaus, the next in (towards ), in its beautiful Philharmonie, new hall, sound quite amazing â€“ only they are struggling to fill it.

Unfortunately I canâ€™t just focus on the upcoming concerts (Brahms Double in Forth Worth, Rococo in Reutlingen and Leipzig, Shosta II in Berlin, Dvorak in Cologen), but I have to pre-practice ( and learn) the Pintscher, SchÃ¶nberg and Britten concerti. The Pintscher I just started, tough piece, donâ€™t think I will manage to actually memorize it, which is a pity, but 40 minutes of constant playing complicated rhythms and impossible 64th-cascades would probably kill my brainâ€¦ Well, I go back to watching some movies here in the airplane, will write soon with a report about the concerts in !