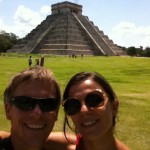 This might have been the laziest summer I have had in my entire life, and it felt sooo good! Directly after my two-week-stint in Colorady with my son János I did a bit of teaching in the beautiful city of Weimar. My first Meisterkurs ever, five days of giving lessons to the same people, quite a challenge: normally I gave little masterclasses of three hours, where I could spread my “wisdom” to a couple of youngsters and then take off. This time I was forced to see the lovely cellists every day and check if what I had told them made any sense and had any impact. It was rewarding but also frightening as at some point I started doubting everything I wanted to tell them. When I perform I am very sure of what I want to say with the music, but in teaching I don’t want the students to say what I am saying, I want them to develop their own voice, but it is easier said than done…

Unfortunately I missed the final concert because of a duo recital with my wife Geri at a small but delicious festival in Flims, Switzerland. Delicious? Well, part of our fee was to stay full-board at the Waldhaus-Hotel with a gourmet restaurant. I think I have never eaten that well in my entire life, every night an exquisite five-course meal, a real treat for our taste-buds. We had rented a little convertible Volkswagen, driving from Weimar to Flims and back to Berlin within a week, enjoying every minute of it. In Berlin we prepared for another festival, this time near Dresden, the Moritzburg Festival by my colleague Jan Vogler who is running it succesfully since 20 years! We had a blast, playing a couple of chamber concerts with wonderful musicians (Geri was shining in Mozarts E-Flat Major Quintet as first fiddle!) while getting innerly ready for our real holiday, first a week in Bulgaria and then three weeks in Mexico.

I know, I still have to justify why this was the laziest summer; alright, we are talking here from more or less July 13 (Elgar in Vail with the Philadelphia Orchestra) until October 2. In this stretch of almost 12 weeks I have taught a bit at the beginning, played a duo recital with Geri, three chambermusic concerts in Moritzburg, in between twice the Dutilleux Concerto (“Tout un monde lointain..”) in Mexico City and the rest was free time – I was in heaven. The week in Bulgaria was beautiful as it was the first time János, Geri and me had spent any summertime together, just far too short, visiting her relatives in Pleven and spending a couple of days at the Black Sea. 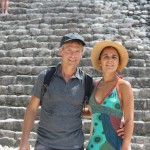 With mixed feelings we dropped him off in Berlin to go back to school while I had half a day to get back into cello-shape to rehearse the next day not the easiest piece in the cello literature, the Dutilleux, in Mexico City. Geri got sick on our way from airport to hotel, and sure enough I caught the virus quickly and ended up playing with fever, at least not embarrassing myself completely. Just in time for our late honeymoon in Yucatan, the peninsula in the South of Mexico with the most amazing Maya pyraminds, incredible water holes called Cenotes and the most outstanding beaches we regained our health and spent  two week in paradise, reading, walking on the beach, visiting the pyramids, eating wonderful food, playing volleyball, beachtennis, snorchelling, swimming with the whale sharks (honestly, I was snorchelling right next to a maybe 11 m long shark, could have poked his eye if I wanted to, for about three minutes) 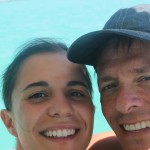 and recharging the batteries for another long season ahead of us. The last ten days we stayed at a very nice hotel in Playa del Carmen, and it seemed as if we had the entire beach to ourselves. I could have added another month there, it didn’t seem to get old, waking up in the morning, eating these fresh fruits and being just lazy for the whole day, not having to think about anything stressful or unpleasant.

Back in Berlin I still had three weeks with no obligations (except a little gala at the Konzerthaus where we played among others the Carnival of the Animals by Saint-Saens for a bunch of kids, so much fun!), and somehow it took me for ever to get back into cello mode. I didn’t miss it at all, and not until a week after our arrival did I actually open the cello case as I really had to get back in shape for the new season which started for me officially with two concerts in Sevilla (Dvorak Concerto with Frank Beermann) yesterday. Oh, I suffered as never before. Somehow I had only practised the week before about two hours every day, trying to learn the concerto by Frank Martin which I have to play next week in Amsterdam. Somehow it wasn’t enough to rebuild the calluses on my left hand fingers, and as there is no thumb action in the Martin, I did not use the thumb for a month until actually rehearsing the Dvorak.

You might have seen cellists (unlike violinists) using their left thumbs to play in higher positions, and in order to be able to push down the rather high strings up there we all have more or less thick bumps at the side of our thumb. Well, mine was practically gone, and I had to perform both concerts with a bandage around my poor thumb as I had developed at excactly that crucial spot a blister during the rehearsals. The concerts went well, but I promised myself never to take start getting in shape so late…

The next weeks will be rather brutal: Frank Martin Concerto in Amsterdam directly followed by Chin Concerto in Oslo, the next day rehearsals for Schumann in London (with Kurt Masur), then two days Berlin in which I will rehearse Beethoven Sonatas with Markus Becker before flying to Portland for Rococo-Variations and lots of Bachsuites (I am their artist in residence there, doing some outreach). From there I will fly directly to Barcelona where I will perform five times the Lalo Concerto. From zero to hundred, from three months of utter laziness to the full scale of playing, I’d better continue practising right now!