Inspite of maybe being happier than I have been for a long time (as described in the previous blog) I did not stop playing the cello nor enjoying giving concerts – only difference is that now whenever I have some spare time I tend to spend it on the phone with the source of that happiness which is the reason why I am neglecting my poor little Macbook. 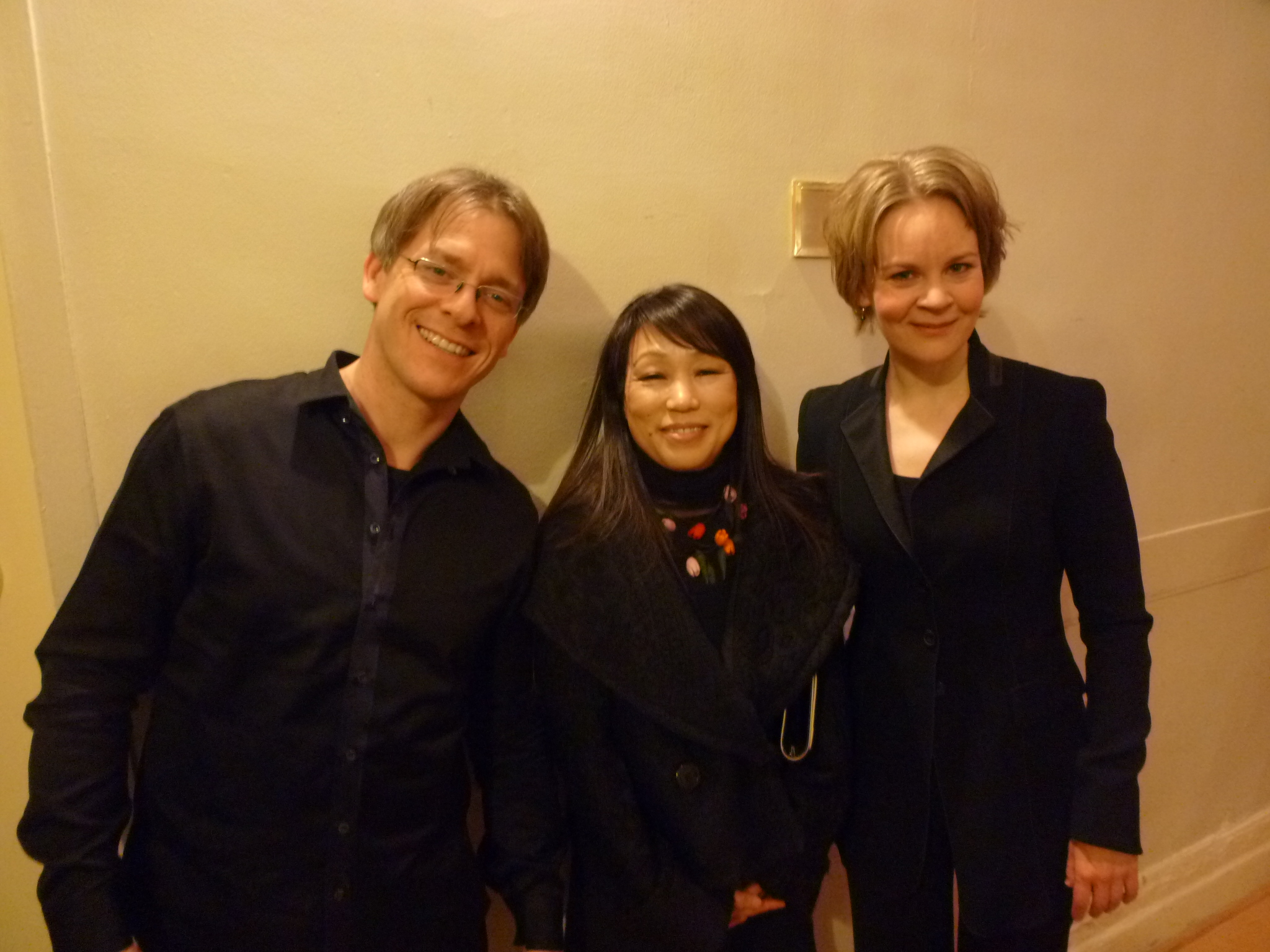 Nevertheless I am not ready to give up writing this diary-like blog thingy here, especially as my last few concerts were rather challenging and at least for me pretty memorable; my friend and pianist Steven Osborne had invited me and violinist Alina Ibragimova to join him as part of his Schubert project at Wigmore hall to play the two Schubert Trios on January 31st, Schubert’s and also my son Janos’ birthday which meant that for the first time in his life I was missing his big day.

Our managers had found three more concerts in Brussels, Reading and Manchester, so it was a precious little Schubert tour we had lined up end of last month. Three days before the first concert in Brussels we had planned to all meet and rehearse in Berlin because Alina was also partly living here.

Unfortunately she had left her passport at the American Embassy in London in order to have her working visa put into it – and instead of three to five working days as promised it took altogether ten days and she only managed to travel from London the evening before that first concert; yes, we did panic a little, my neighbours suffered silently through a long late-night rehearsal, but the next morning we bravely flew to Brussels for another big rehearsal in the freezingly cold hall of the Conservatoire and somehow managed to survive this first concert which on top of everything was broadcasted for radio.

Because of this intense last-minute work (I also started practising the trios far later than I intended) I didn’t watch my position at the instrument, having to look at music on a stand for the first time in a while for an extended period, my back suddenly started giving me trouble, and in the middle of the first movement of the first trio my index finger of the left hand started to develop a cramp, a sensation I had never experienced before, rather scary, especially since I had no idea if maybe it was going to lock down entirely. I made it into the intermission were I was fed by Steven with some anti-inflammatory pain-killers, but my poor finger was already a bit blue and swollen as if I had sprained it.

Second half went well enough, but the fear of suddenly having to stop stuck in my head, and as soon as we arrived in London two days later (in between we played in the gorgeous townhall of Reading) I saw Alina’s Osteopath who did some work which got rid of the swelling but then just in time for the big birthday concert at Wigmore Hall the pinky started to give me trouble; often when you get rid of one blockage, the actual problem opens up, and I had to ignore once more my hurting left arm and hand. It was completely fine the next day, what a miracle!

Oh, it is always so incredibly special to perform at Wigmore Hall, and that day was no exception; great audience, among others some member of the Royal family, all our managers, record label, even Kurt Masur with his wife Tomoko gave us the honour – Gosh, I was nervous indeed, not at last because of yet another BBC broadcast.

It was an intense concert, maybe not the final truth about Schubert, but I think that in absence of any vanity among the three of us we came up with a rather authentic performance – at least the audience seemed in its warm reception rather convinced whilst the reviewer of the Guardian noted quite receptive the lack of enough rehearsals… 🙂

Last stop of the tour was the Bridgewater Hall in Manchester, odd venue for a chamber music concert (more than 2000 seats, I think) but it somehow worked, maybe because the acoustics are such that even the smallest pianissimo fills that hall. Great Indian food afterwards was the price for a thrilling mini-tour – inspite of all the stress in preparation it was highly inspiring playing with these two wonderful musicians. A little reminder of how fulfilling it is to play chamber music…

After a couple days in Berlin I had to fly to Boston for the US premier of the Unsuk Chin celloconcerto – my manager Michal Schmidt managed to convince the Boston Symphony to schedule this work, an incredibly honour for me as it is one of the world’s top orchestras, and a great chance to prove the quality of this work to the American audience as I had in Susanna MÃ¤lkki a very gifted and dedicated conductor. Well, I am already on my way back to Berlin, sitting at the airport lounge in Newark, and I must admit I fell in love with that piece even more. It was for sure my best performance of that piece, no major memory problems, great feeling of freedom and a wonderful audience reception, especially after the first of the three nights – spontaneous standing ovations after they listened to this fragile piece with highest concentration.

And for the first time in my short history with this work (written in 2009) I didn’t panic anymore, played it with more inner calmness and depth, the slow as well as the quick passages, and maybe this helped the music to come out more than before. Can’t wait to listen to the radio broadcast which an attentive friend has sent to me (thanks Michael!), but I want to do it at home, not in the stressful traveling mode of a maniac. Susanna and the Boston Symphony had supported me amazingly well and I pray that more and more orchestras and cellists will be convinced by the quality of this piece and start playing it all over – it really deserves it! Off to gate C81 for my flight back home!!! Bye 🙂