Almost 25 years ago I joined the Federal Youth Orchestra of Germany (BJO) in which I played altogether for three years every summer, Easter and winter (and one extra session I don’t remember when). This absolutely changed my life as a musician because it brought me together with young people like me, talented and dedicated to music, different to the other kids in school, sometimes outsiders, but never really geeks or nerds. Playing music together in an orchestra after practising all these years on 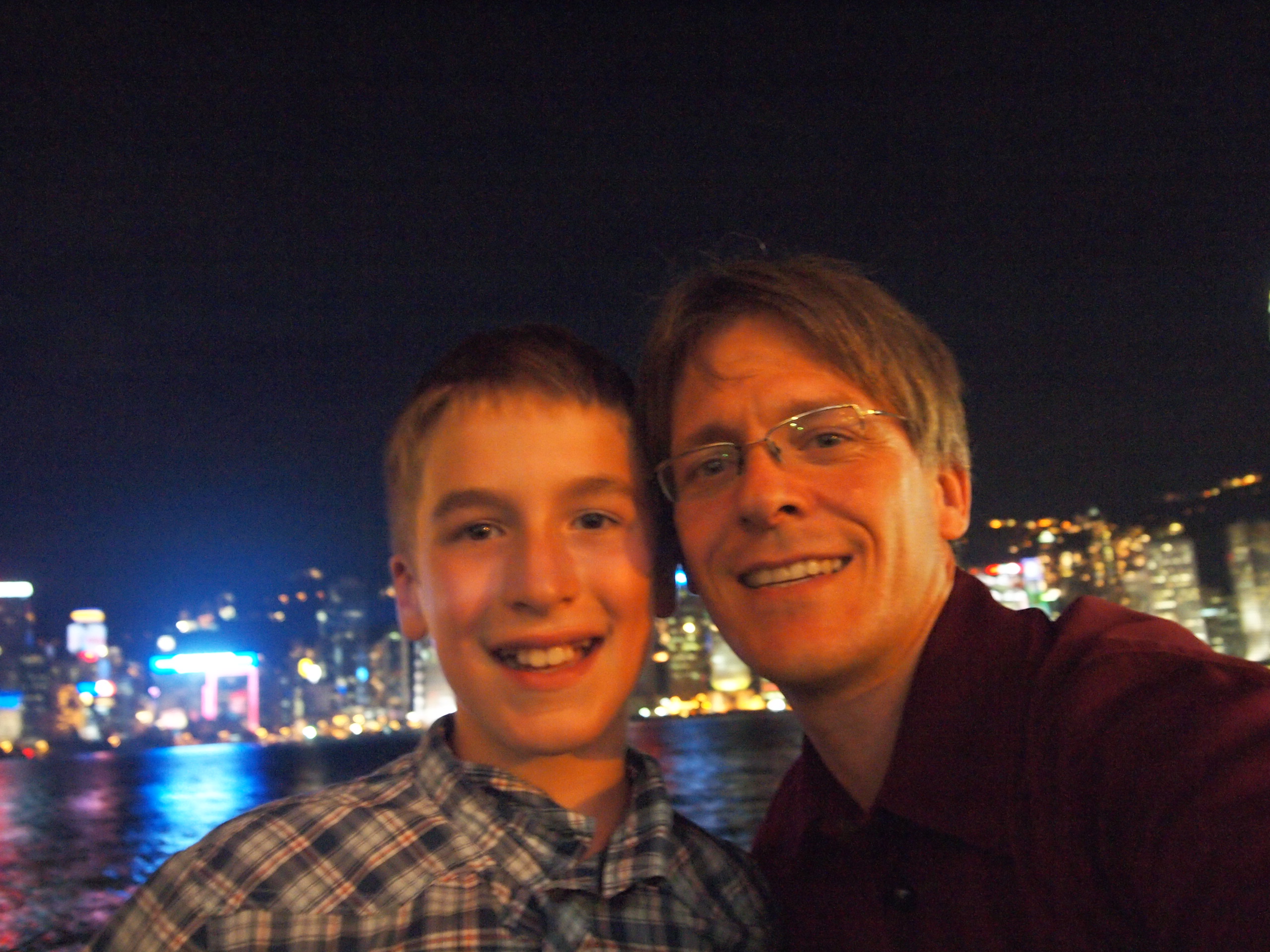 my own was mind-blowing, an experience so elevating that after the first session I just knew that I would not want to have any other profession than playing music, for the rest of my life. When I was asked to play five concerts with the Asian Youth Orchestra I agreed, first a bit half-heartedly because I wanted to provide real good summer holidays for my son JÃ¡nos, but then nostalgia took over and I wanted to relive the time in a youth orchestra.

Two weeks ago we arrived in Hong Kong, Janos and me. The AYO had gracefully accepted inviting him along myself, and in these two weeks we absolutely had a blast together, playing concerts, travelling from Hong Kong to Shenzhen and Seoul for these five concerts, but also doing fun stuff like wind surfing in Cheung Chau, visiting the fun Ocean Park, beautifull located on the other side of Hong Kong island, shopping, playing games and in the pool, reading and just enjoying the wonderful food and restaurants in these Asian cities. But for me even more fulfilling was the artistic experience. With conductor (and friend) James Judd I performed three times the Schumann Concerto, participating twice in my fery first Mahler Symphony ever (No.5) in the second half, and with the founding conductor Richard Pontzious we did Richard Strauss’ Don Quixote, one of my all-time favorite orchestral works – always glad to play it, even though I find it harder than a “proper” cello concerto.

From the first rehearsal on I was amazed by the abiltiy of these youngsters from ten Asian countries to really listen to what I was doing, especially in the Schumann. At yesterdays last performance in Seoul I felt inspired to take as much freedom as I hardly ever do, because I knew they would be with me. For me the amount of freedom depends on the willingness and abilty of the people collaborating, because for me the most important goal is the over-all performance, not just my little part. I am play so freely that nobody can actually be (and feel) with me, it just feels (and sounds) wrong to me, and yesterday I felt I could do anything coming through my mind and the AYO and James would be there already! The Don Quixotte is obviously much less of a concerto, but even there we had some wonderful interaction and at certain passages we all were very spontaneous. I felt really sad leaving the orchestra last night, not because I did sooo much bonding with them (as I said, I was being mainly father and soloist, not too much time to share time with the other musicians, and much as I would have loved to), but because I enjoyed making music with them.

They will continue the tour to China and Japan with wonderful cellist Jian Wang taking over, and I am sure it will be a great experience for them doing the same pieces with another soloist who will bring his view and different ideas onto the stage. Janos and me are sitting at Hong Kong airport on our way to a five-day-escape to Phuket, Thailand, before school starts next week. Hopefully some more windsurfing thereâ€¦.