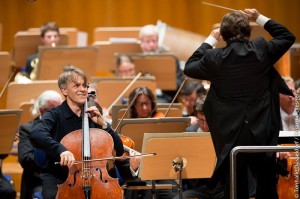 with Andrey Boreyko and Düsseldorf Symphony

After not really having been much of a father the first time around 15 years ago for my first son I am making up for it the second time. When my first son Janos was born I was living with my first wife in New York, mainly performing in Europe which meant I was travelling back and fourth sometimes for just one single concert, and still I didn’t really manage to participate in his first two years, neither do I remember much of it, sadly. As I was the sole generator of income it was the deal that I would continue my career while Janos’ mother took care of him while studying part-time. Entering the third year of my second (and last!) marriage I am happy to realize that I learnt from my mistakes.

My wife Gergana is a wonderful musician herself, violinist, and as she has the same right and needs to perform as I do we are succesfully coordinating our concerts so that we can be as much together as possible while still playing the engagements we like to be playing. But at times even our genius planning can’t avoid us having to perform at the same time at two different venues which just happened for a couple of days. Although it is not easy being apart from your loved one we had some beautiful weeks before this dry stretch, spending 2 glorious weeks in Tenerife and around that time some quality time at home. March and April have become our working months, and I had some wonderfully intense schedule while being in charge of little Kaloyan, now 9 months old. The first intense week I was still on my own, performing with members of Düsseldorf Symphony Schuberts String Quintet and with the orchestra three times Shostakovich’s First Concerto conducted by Andrey Boreyko who really brought out some frighteningly beautiful moments, especially in the slow movement. Concerts where Friday, Sunday morning and Monday evening, so I chose to follow the call of a friend, Maarten Mostert in Amsterdam to do six hours of teaching at his school on my day off, Saturday March 8. I left Dusseldorf in a rented car at 6:30 am and started teaching in Amsterdam from 9 am until 2:30 pm, drove afterwards to some gorgeous little castle near Dortmund where I spent the evening and night babysitting my son during a trio concert of my wife only to leave them at 8:30 am the next morning to make it to the matinee performance at 11 am in Düsseldorf. After the concert I took a train to Stuttgart for a Dvorak rehearsal with Walter Weller and Stuttgart Philharmonics the next morning, heading right back the 450 km to perform the last one in Düsseldorf. As there was no train left that night I took the car and drove after the concert to Stuttgart for the dress rehearsal the next morning. Silly me, wanting to be back home as quickly as possible, I had chosen a flight at 6:15 am to Berlin the morning following my concert in Stuttgart – needless to say that I was arriving on rather empty batteries back home.

How quickly they recharge though, once facing the innocent smile of an infant which happens to look like this cute mix of your loved one and yourself – magic! I had only a couple of days before Gergana had to leave for Bremen where she was leading Kammerphilharmonie Bremen in a huge project, performing all Mendelssohn: five symphonies, some ouvertures, piano concerto, violin concerto and the double concerto. What a gigantic heap of repertoire to learn, which meant I was entirely responsable not only for the well-being of Kalo but also his mother’s since she could only think “Mendelssohn”. Why am I writing this all down? I know it’s of no interest for anybody, but I just re-read some blogs of a couple of years ago, and as long as I don’t have a diary, this is as close as it gets, and I am looking forward to reading in ten, twenty years, how stupid I was in believing nothing could stop me…. 🙂

Anyway, on March 20th my friend and pianist Cecile Licad arrived, we rehearsed a bit of Rachmaninov Sonata while little Kalo spent the day at his so-called “Tagesmutter”, a lovely lady taking care of 5 kids, none older than 18 months, and they are having a blast. Instead of picking him up at 4 pm, my sister and her daughter did it as I had to drive down to Erlangen (near Nuremberg), 425 km in a nice rented BMW, played a real nice version of Shostakovich No.1 there again with Dusseldorf and Boreyko, driving back that same night, arriving at about 1 am in Berlin to relieve my niece off her baby-sitting duties and spending a night with the little man who woke up every other hour.

No time relax – the next day Cecile and me had to do all of our rehearsing, because on the 22nd we drove down to Linz (Austria, 720 km) where I was playing the next morning again with the Dusseldorf band, only this time the Schumann Concerto. Kalo came with us, sleeping most of the drive, flirting the last 2 hours with Cecile on the back seat. I doesn’t sound right, I know, but I seem to be playing better when every minute of the day is packed and I don’t get too much time to think about what I am actually doing. Living on the edge might help playing on the edge, not to desaster but to sanity maybe, and I believe that in my case the results are more interesting. Who wants a saint Alban? 🙂

Maybe it also helps the art of improvising, not being overprepared and overly rested which I definitely wasn’t when driving after the concert in Linz the mere 300 km in heavy snow storm to Vaterstetten, a suburb of Munich where Cecile and I played our recital.

While performing I thought that this might be as close as I ever get to improvising since hardly anything we did in that concert had been talked about or tried out before – so much room for error, but strangely enough the errors didn’t occur, instead it felt as if music was finding its own flow and we just went with it, taking each other’s hints where to go with a certain phrase in the sonatas of Beethoven (A Major), Prokofiev and Rachmaninov. Unfortunately I had to cut the intermission short after receiving a call from the babysitter in the hotel admitting that she didn’t know what to do, the little boy just didn’t want to sleep.

When I arrived after the concert at the hotel I was so awake and Kalo wasn’t sleeping that I spontaneously decided to put him in his child seat in the back of the car, hoping for a good night sleep for him while I sped through the night back home to Berlin, about 610 km. I arrived rather exhausted at 3 am at home, having driven in 36 hours 1600 km and performed to concerts in two different countries while being in charge of little Kaloyan who was dealing with it beautifully – he had so much fun listening to our rehearsal, crawling on the floor, always wanting to climb up the cello, that I don’t regret at all having taken him with me.

Two days later Cecile and me played a last concert, this time around in the beautiful hall of the castle in Fulda – I left Kalo with my niece again, driving the 450 km each way right before and after the concert but the last hour was hard and I am happy I don’t have to do that kind of travelling for another month.

Right now I am on my way to Portland, Oregon, where I will not only have the pleasure of performing one of my favorite concertos, Shostakovich No.2, but also some cello chambermusic and solo bach suites at various location throughout the city since I am their, what they call “artist in residence”. I am not very residential nor artistic, so I chose to make up for it with playing a lot of venues for free 🙂 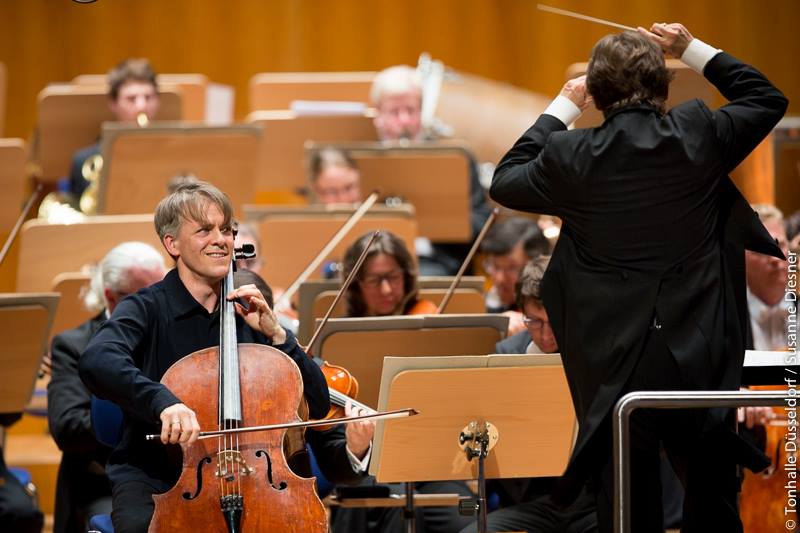