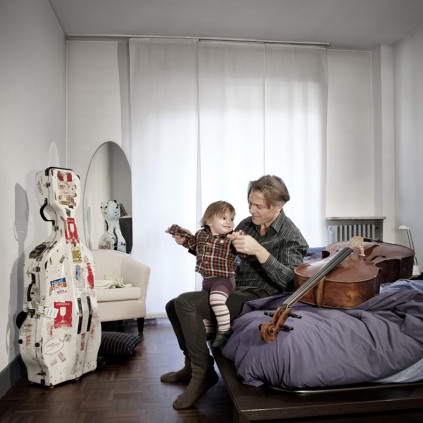 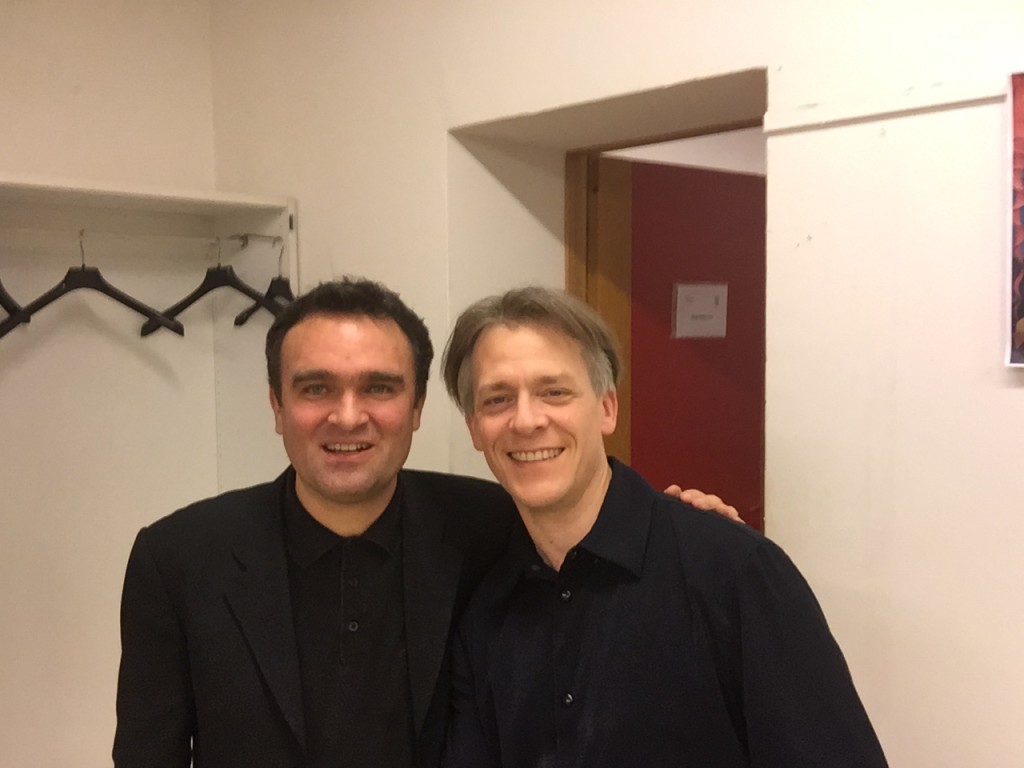 WIth Jörg Widmann in Ferrara

Maybe this is why this blog has turned into a pure reflection of my past concerts which I personally don’t find that interesting – which in return might be the reason why I don’t write that much anymore as I just don’t see the necessity nor justification. Furthermore the older I get the more I am aware of my own irrelevance and that there are more burning questions today then how to interpret the Cello Suites by Johann Sebastian Bach or which classical concert format would be fitting to attract a younger audience.

I would love to get into an exchange of thoughts and ideas with my readers but somehow this never happened, which must be my fault as I am not asking your opinion enough?! And maybe my entries are far too long, nobody has the time and energy to read through these long-winded, self-serving concert descriptions which at some point resemble each other. Also I forget what I have previously written, so it might be that I start repeating myself, a common problem of people beyond their 70ies, so I am a bit too early for that weakness. 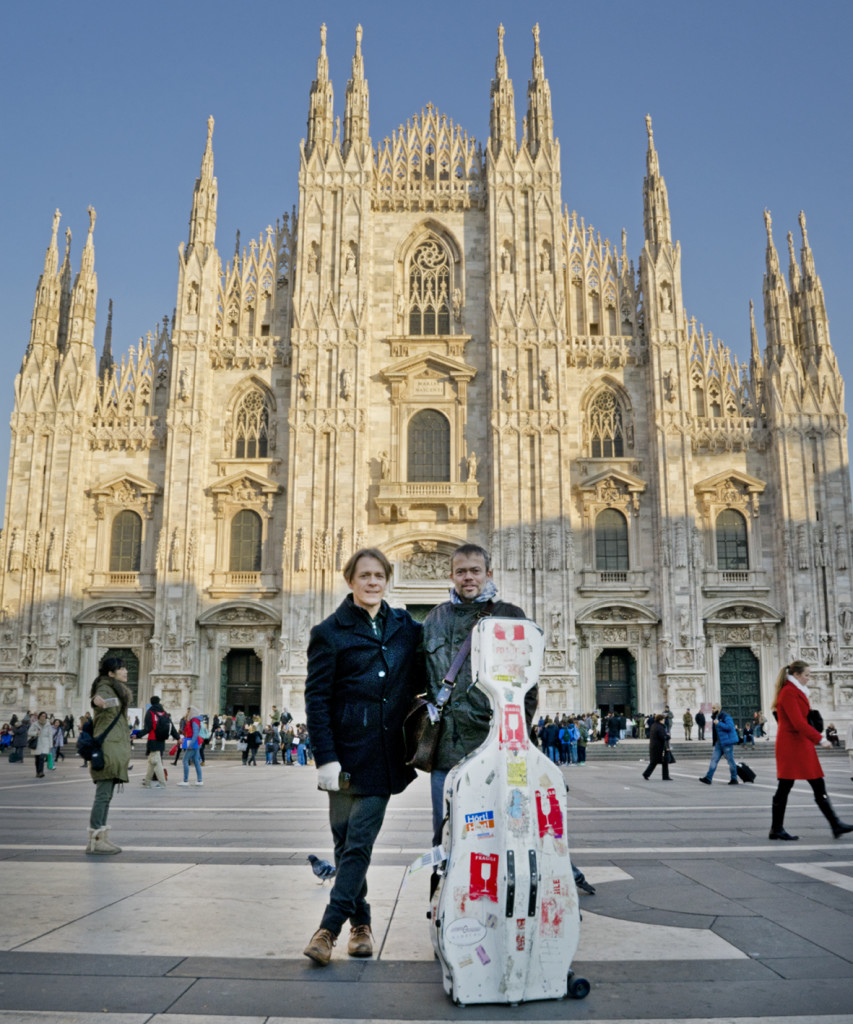 With journalist Dieter Schnaas in front of the Duomo in Milan

But never mind if this is too long or not, I owe it to my grandchildren who can read about the times when traveling was still possible due to a comparably peaceful world in 2015… (oh my, I am being dark here, but it does feel like times are about to change for the worse). I will try to cover the past third of a year very quickly, breeze right through the various concerts, just pointing out some special events, like my very first trip alone with my little son Kaloyan for concerts; in mid-December I took him to Milan while his mother was performing in Madrid, and my nervosity before was completely undeserved: we had the greatest time together. During my rehearsals and the three concerts (with the Orchestra Verdi, Rococo and Pezzo Capriccioso) I had found some babysitting, and otherwise we explored the city and spent tons of time on the nearby playground. 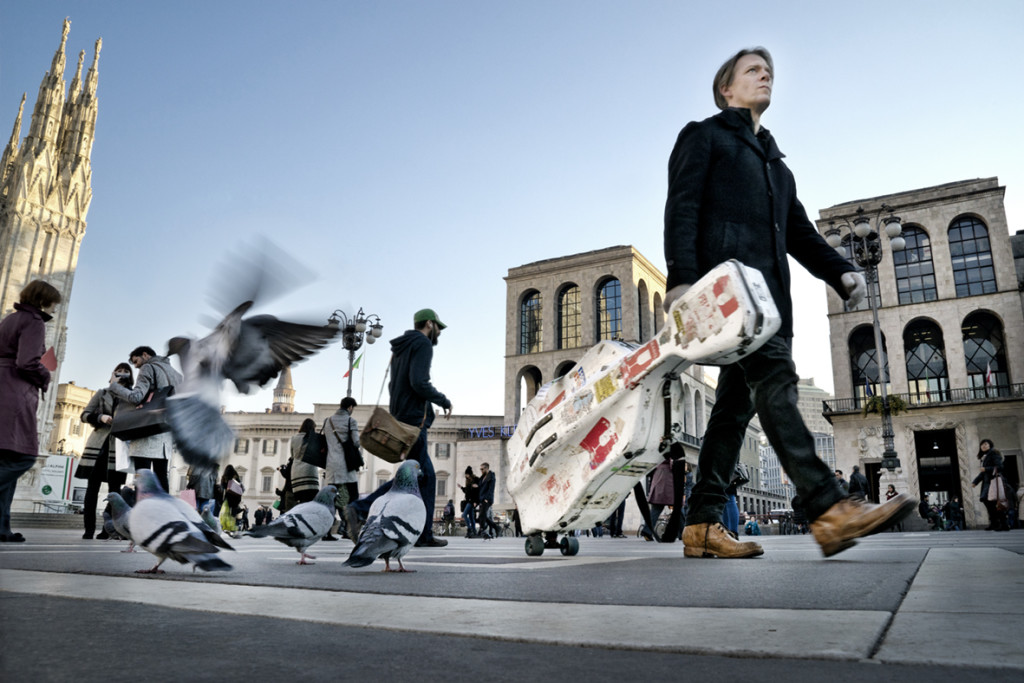 walking in Milan near the Duomo

Right before Christmas I went to Taipei for only one concert, but in order to fulfill my dream of establishing the Concerto by Unsuk Chin into the main cello repertoire I am dedicated to even fly once around the globe to make even only one performance happen. The reception was outstanding, the relatively young audience there seemed to understand this deep and rather dark music surprisingly well, listened with great concentration in utter silence – we Europeans can learn from that! 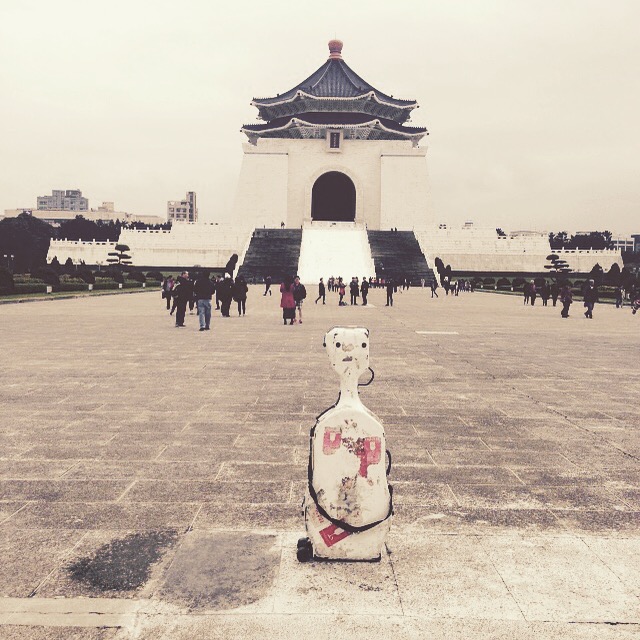 Since the change of years puts me in a rather depressive mood I happily accepted the fun Gulda Concerto for the New Year’s concert in Weimar as a welcome distraction, taking my little family with me to the city of Goethe, Schiller and Liszt, working together with my old friend Stefan Solyom whom I had by the way introduced to a young violinist couple of years ago, and seven months later they got married, just had their second child. If cello-playing doesn’t work anymore, I’ll open a dating agency! 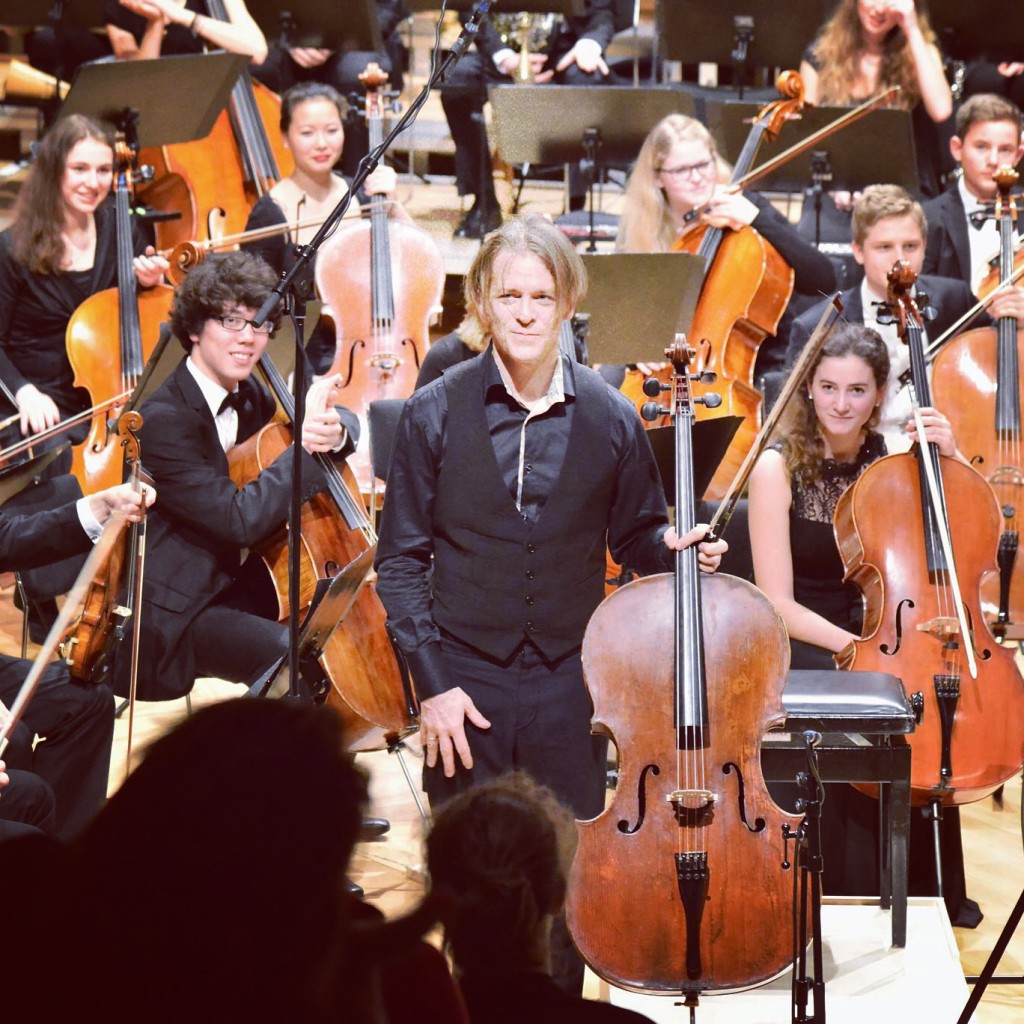 This was followed by a lovely tour with the German Youth Orchestra which had changed my life when I joined them 30 some years ago, meeting for the first time in my childhood other kids with the same dedication to music. Today I am just another soloist for them, but for me it felt like a homecoming, although their spirit now is much more professional than ours back then, the level of playing is higher and more focused – I was deeply impressed how well they mastered the hellishly difficult “Tout un monde lointain” for cello and orchestra, guided by wonderful Marc Albrecht, and in the second half I got to sit in for Strauss’ “Zarathustra”, the last piece I had played when I was still a member there. 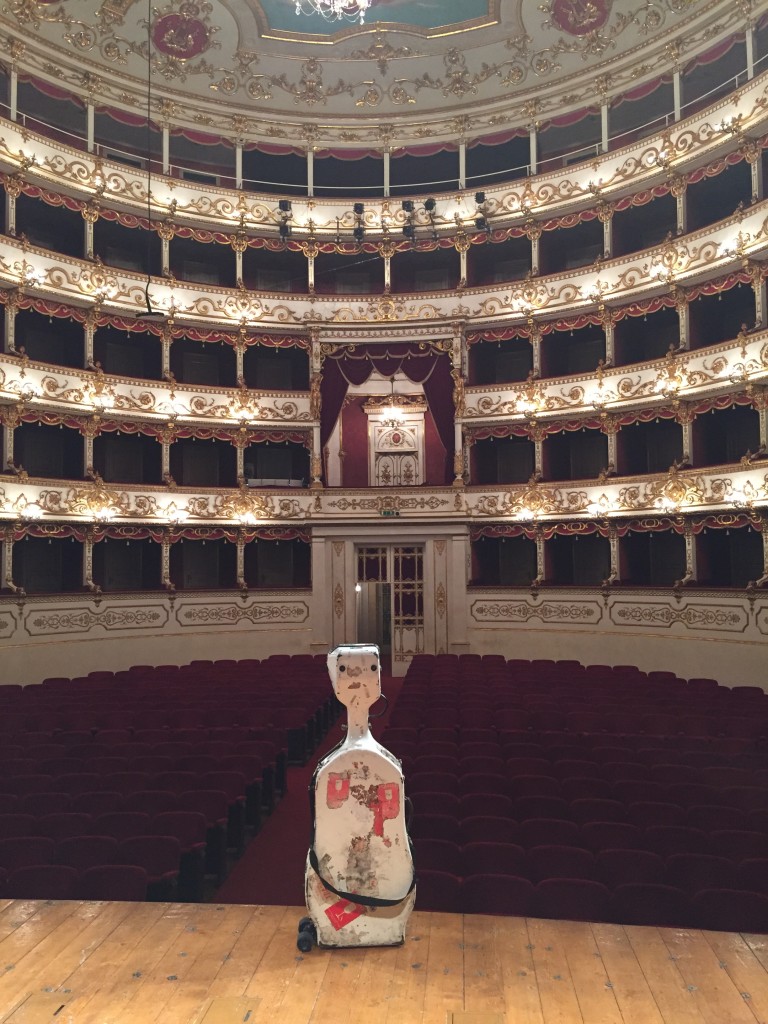 After a recital with my very good friend Markus Becker in Marl and a trioconcert with my old friends Guy Braunstein and Ohad Ben Ari in Reggio Emilia I was supposed to have almost a month off in order to prepare for a world premier of a cello concerto, but as beloved Steven Isserlis had to pull out of a Walton Concerto in Warsaw I got to play in that special city for the first time in my life one of my favorite concertos, again taking with me little Kaloyan, and once again it was an experience I won’t forget; the only thing I don’t like about being a travelling musician is to leave the little one behind, especially at an age where he changes every single day – to combine my two passions, performing and family, by taking them or at least him along, makes it very special indeed. 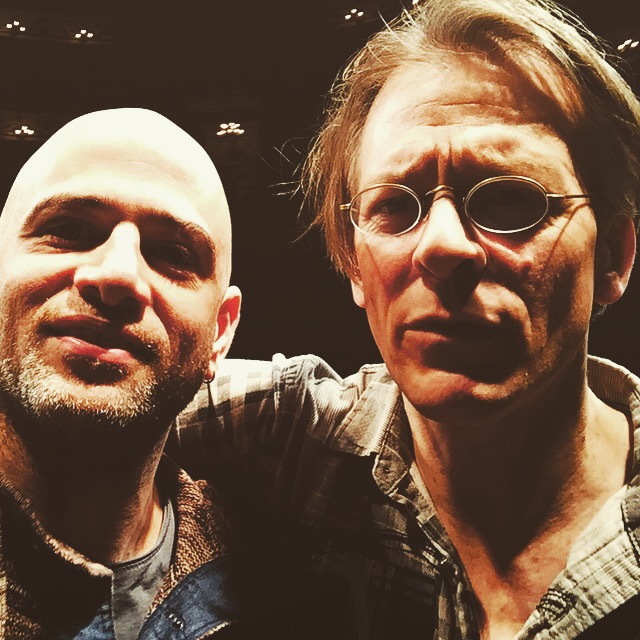 As I did not really understand the concerto I had to premier later on in February after many hours of practising it, I won’t indulge much about it except that although I tried my very best, without a deeper understanding of the music I felt like a fool performing it and I do hope somebody with better brains than me will give it the performance it deserves. Yes, the composer could have explained it to me, but somehow I want to understand the music I perform by its substance and not by an oral description. The next concerto I will premier will be hopefully better understood by me as it is important for a performer of today to create new AND lasting works for his or her instrument (the wonderful Australian composer Brett Dean is thinking about his first cello concerto, and I can’t wait to hopefully perform it no later than 2018…). 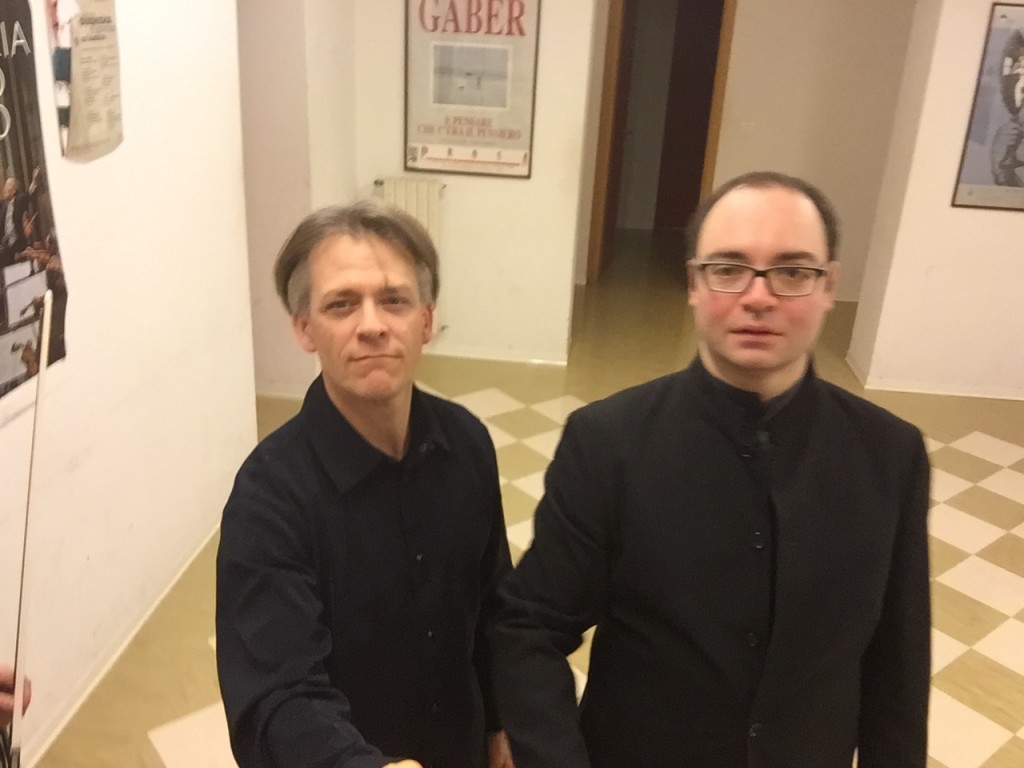 With Alexander Melnikov in Ferrara

From February 27 until March 6 I broke my own record of crazy performance schedule, which I need to write down here otherwise I won’t believe it in 30 years when I retire from performing: 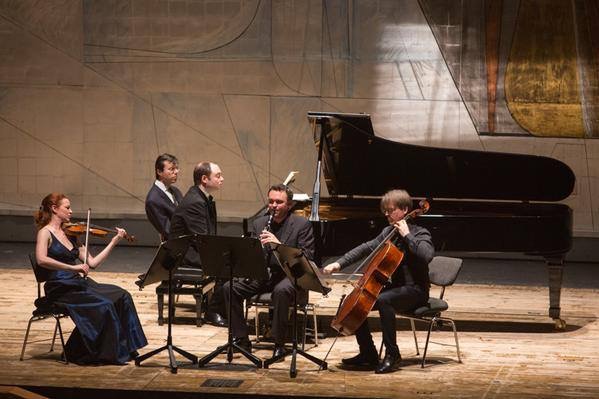 Messiaen with Jörg and Carolin Widmann and Alexander Melnikov in Genova

Seven concerts in eight days with three different programs and different collaborators (all absolutely wonderful by the way!) just showed me again how many hours a day has and how much time I normally waste. None of the concerts felt underprepared or worn out because I managed to take nabs before every single performance, but whenever I have a relatively easy schedule time flies by so quickly that I get nothing done in comparison. I am just so much more efficient when I am being “overworked”. This week was a reminder for me that I am like an oil platform worker: I love the intensity of working non-stop, in exchange for at least the same time off with nothing to do. Oh, and I loved my time afterwards at home with not much else to do but cooking, reading, playing with the kids, light practising and lots of sleeping. 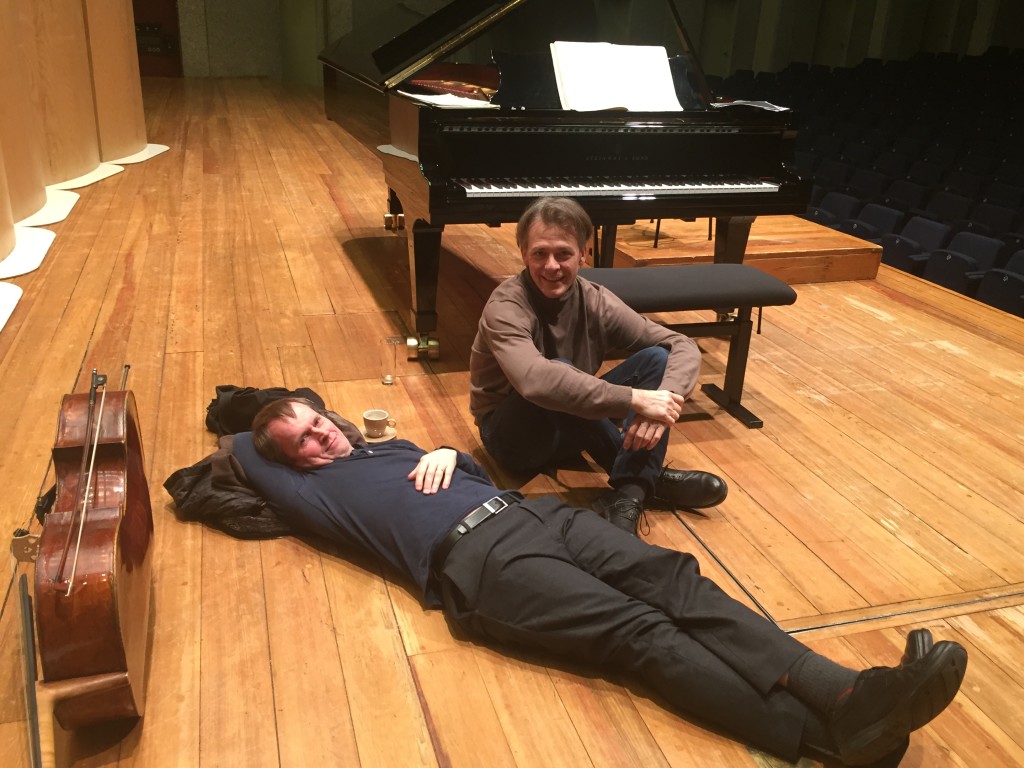 Would you like to know my real incentive of writing today? A six-hour train ride from Liège (Belgium) back home to Berlin, giving me plenty of time to sort my thoughts and write some diary after playing the Elgar Concerto once yesterday in Liège and three days ago in Helsingborg – lucky when that happens as it reduces the work-load a bit. 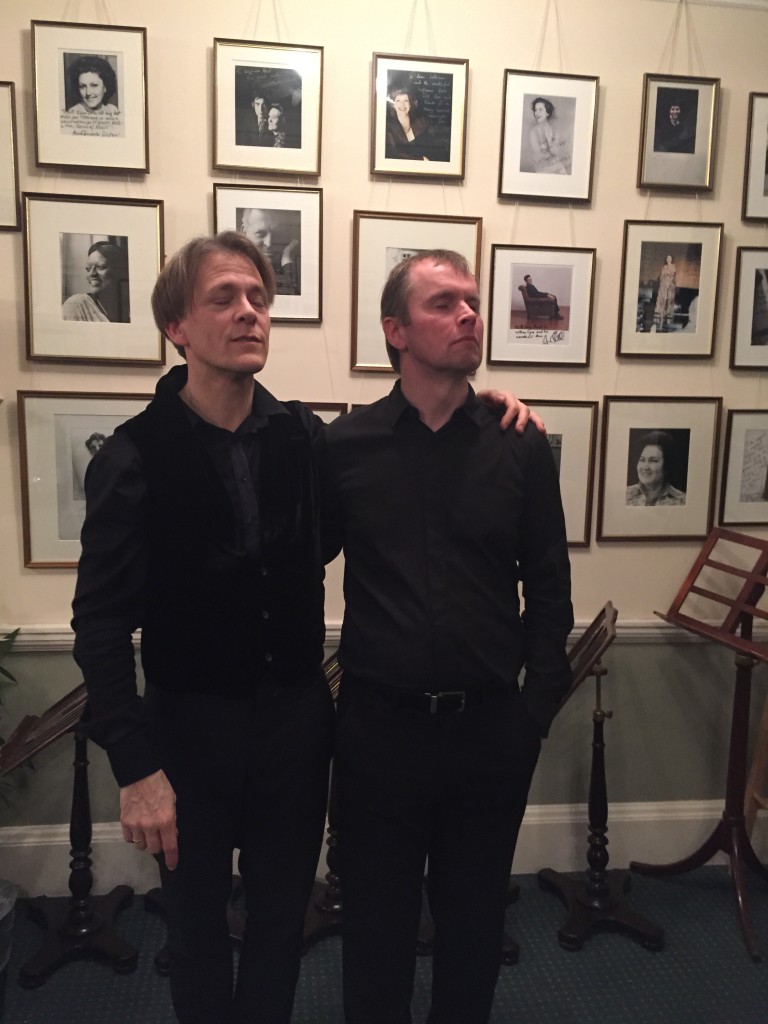 So please, if you are interested in any more details about the music world, about cello playing, traveling as a musician, suggestions what I could improve, don’t hesitate to write it down here, I am happy to respond and take this blog page to the next level. Maybe I should do something like an “online-chat” when I will be ready to answer questions in real time? No idea if I can do this on my page, but I will find out if there is an interest in it. I will do this on April 22 at 9:15 UK time for Classic FM, and if I enjoy it I will definitely make this a monthly habit!