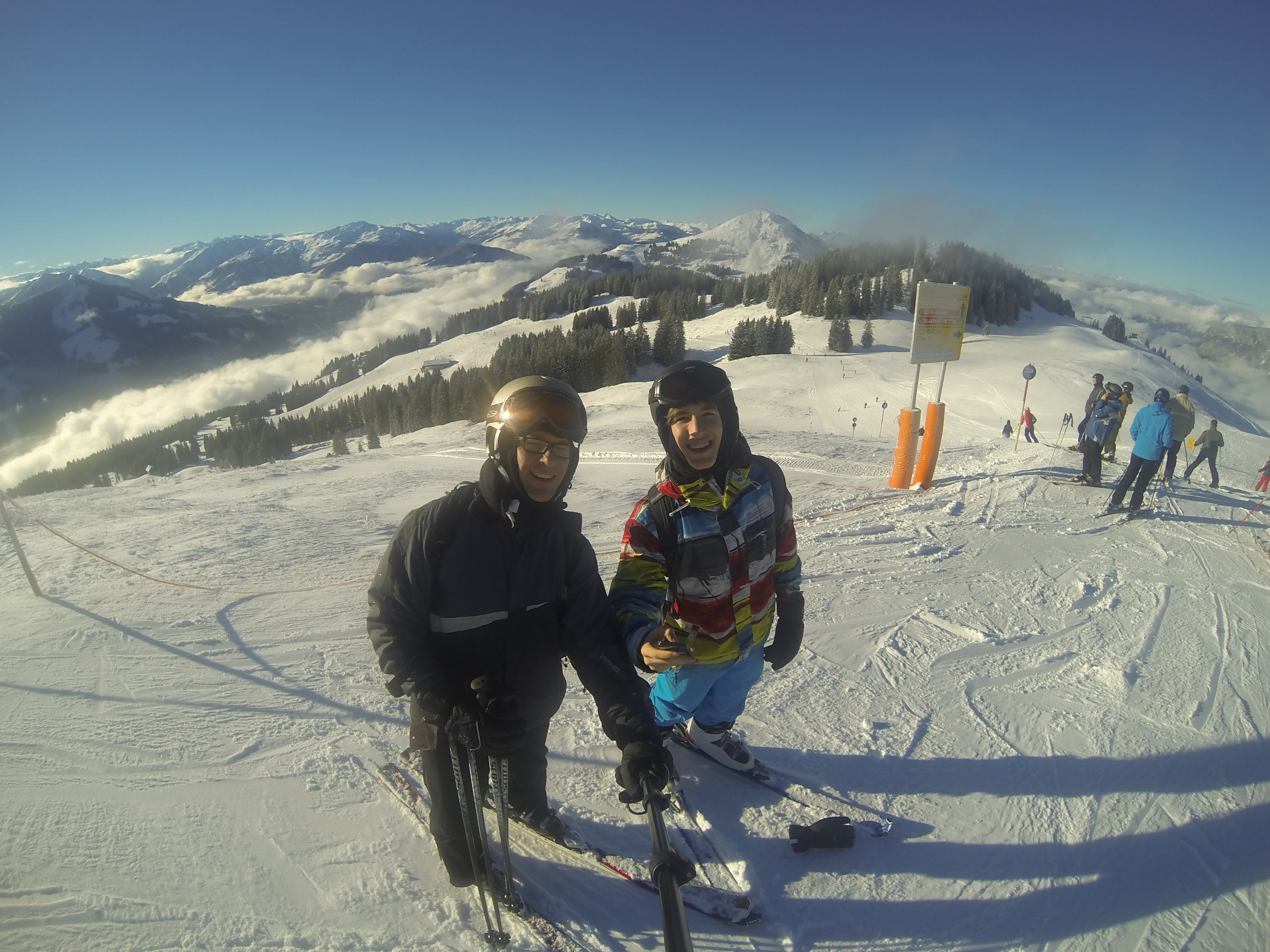 For four weeks I have not touched the cello, and I didn‘t miss it at all. I don‘t remember the last time I had such a long time off, but I most certainly enjoyed myself, spending lots of quality time with the little baby, went skiing with my big boy for a week, back home doing the household, cooking and keeping work off my wife who had fought so hard since giving birth that she deserved to not having to worry for anything in the house. Why didn‘t I write in the past six months especially as I had kept the autumn rather free for me experiencing this time the first few months of my sons life which I missed with my first son? When he was born I lived with his mother in New York and concertized mainly in Europe and I really only remember very few things about his first months. This time around it is completely different although I have been away more than I would have liked to.

Quite challenging was indeed the preparation of the Fitzenhagen recording about which I wrote in my last blog entry end of August but at least I was home. After back to back concerts in Maulbronn with Bernd Glemser and the following day in Templin (near Berlin) with my wife (only two months after giving birth she was in fantastic shape and played rather beautifully!) I had a rather busy September, going to Australia and New Zealand for almost two weeks (playing the Schumannconcerto in Perth, a recital with conductor Asher Fisch and with baroque specialist Bernard Labadie Haydn C major Concerto in Auckland), opened the season for the Boston Symphony with the Brahms Double Concerto conducted by Christoph von Dohnányi and did another Bach-Trainstation-Tour, this time visiting Munich, Augsburg, Nürnberg, Dresden, Leipzig and ending up in Berlin. I hardly managed to stay away for so long, missing my family more than ever, just thinking about the autumn being very easy helped me through the weeks of absence. Thanks to Skype I could see the progress in the little boy who is now crawling all over the place with his barely 7 months.

October had me play except the Bachsuites in train stations Brittens substantial Cellosymphony in Berlin with the Konzerthausorchester and in Amsterdam Dutilleux‘ gorgeous „Tout un monde lointain“ with the Netherland Radio Orchestra under Markus Stenz. It is always again a thrill performing in the Concertgebouw, I must admit: walking down the stairs to the podium is frightening and exciting at the same time, and these Amsterdam audiences do know how to listen. For the first time I wasn‘t really nervous anymore playing in Berlin, somehow I stopped caring what my father would be thinking of my performance which helped my nerves. Yes, I do love to play for people, but I have stopped thinking about wether they like me or not since a long time, only exception with my father. There I got nervous because I wanted him to like what I was doing. Why was I able to stop caring about his opinion? Well, he is from a generation where they don‘t express much of their feelings, or more drastically: I could play however I wanted, he‘d never say in my face that he liked it. Later I‘d hear from friends that he is rather proud, but he is unable to express it which made me decide (successfully!) not to worry about his opinion anymore, makes me a happier person.

November saw me perform twice again with my wife in Cologne and Hamburg, I gave my debut in Stockholm with the Chin Concerto (Susanna Mälkki is the first conductor having done it twice now!) and after a set of Schumann Concertos with my friend Josep Caballé-Domenech and his new orchestra in Halle I did not open the cellocase for exactly four weeks, not practising until January 5 when I had to get ready for my latest endeavours, three times Schumann with the to me most faithful orchestra, the Gürzenich in Cologne in this Philharmonic Hall which I have so many memories in as I started playing there even before it was opened: In 1986 we from the German National Youthorchestra (BjO) formed some chambermusic groups, I was part of the Brahms G Major Sextett, and I remember how the backstage area wasn‘t quite finished yet, and because of this unfinished character we all decided to play the concert barefeet.

I am just returning from three days in Seoul – no concerts, just one for me very important recording: Unsuk Chin and the Seoul Philharmonic have a deal with Deutsche Grammophon to record all her concertos, and the past few days I spent trying my very best of making a worthy premier recording of this piece she had written to me five years ago. Myung-Whun Chung, their chief conductor, did a wonderful job and the orchestra really hung in there as the producer, rather legendary Michael Fine (former A&R guy from Deutsche Grammophon, which meant he was one of the deciders who would record for the yellow label and who wouldn‘t) asked for details I had never heard in any of the previous performances; there is just hardly ever enough time to bring out all the details for a normal concert performance, but now having recorded every single nuance with greatest possible precision it will be a great guideline for future performers approaching this concerto.

I will have only two days at home in which I am meeting the producer of the Fitzenhagen recording to go over the first edit he had sent me. Because of my too numerous comments we wanted to listen together to see how to fix some of the problems, something I am not really looking forward to as I tend to be somebody who loves to give that responsability away, but maybe I am slowly growing up and face the challenge to go into the cutting room and help editing a recording which had caused so much physical pain. A more important task will be the deconstruction of Kalo‘s (that the baby‘s nickname :)) crib which was attached to our bed and the construction of his real bed – he is moving so quickly that he fell already out of our bed, and this mustn‘t happen again; I want my son to be smarter than me, shouldn‘t kill too many braincells too early on…

After this I will have to rush to Hannover for a left-over Britten Cellosymphony (his big year was 2013, but I am always happy performing it), and then – another 3 weeks nothing!! We will be travelling to Tenerife, our first holidays with the little one, can‘t wait!