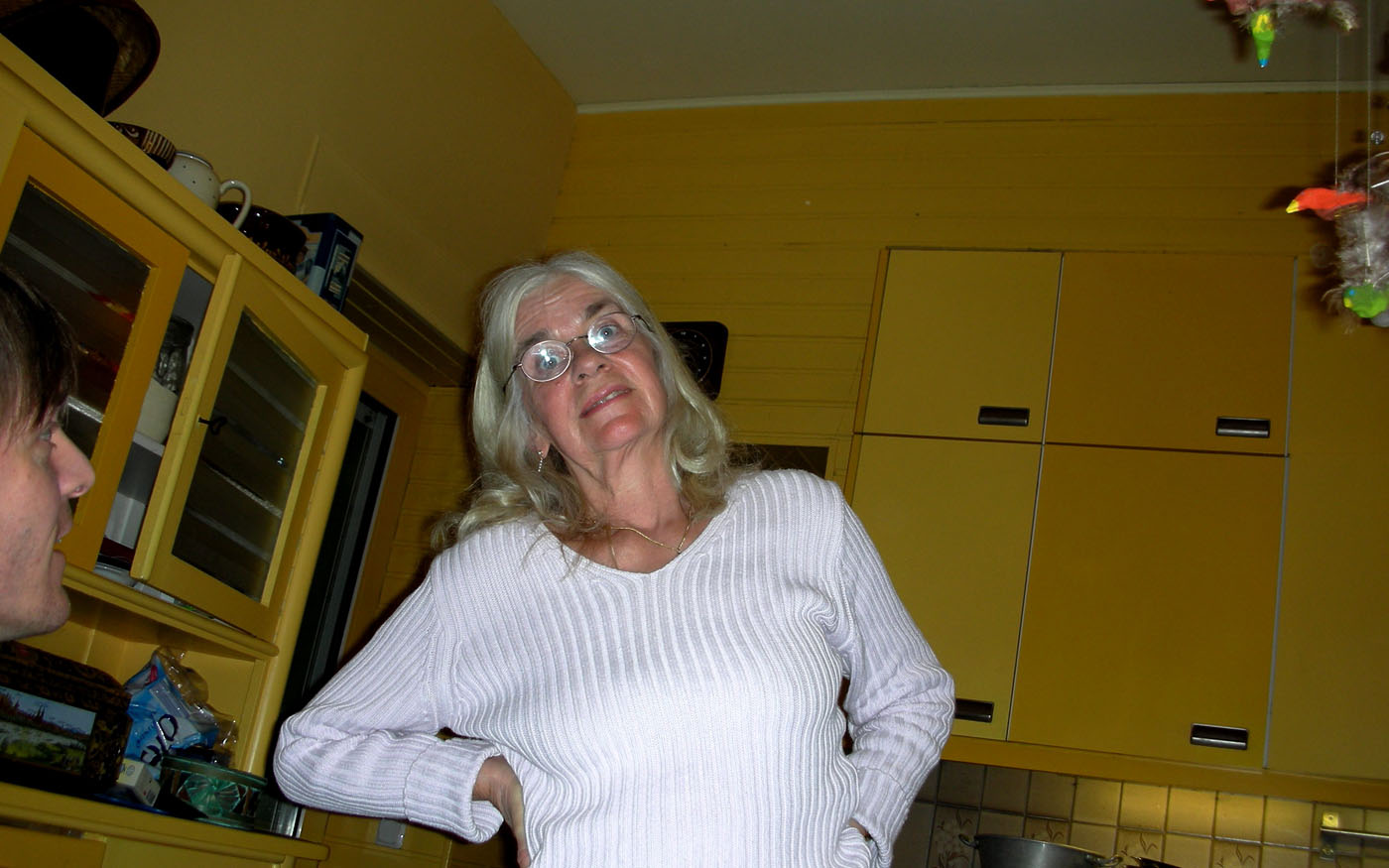 When I woke up this morning at around 7:25 am in order to practise a bit before my dress rehearsal with the Elgar Concerto here in Spokane, my first act was to turn the cellphone on. I am not a big cellphone guy, which means I also don’t get much calls, since I don’t answer my phone very often. I don’t like the phone, turn it off as often as possible, so when I saw that there was a message I immediately checked it since I don’t actually receive many calls (people learn pretty quickly that it’s worthless to call and they rather send me mails). It was the message of my father telling me that my mother had managed to finally leave this world after a three-year-long struggle with ALS (Lou-Gehrig disease).

Before I missed my plane three days ago I received an e-mail of my mother, asking me for help because she couldn’t take the suffering anymore. I actually took missing the plane for a sign and was ready to fly back home, but when I told her respectively my father, she expressed the wish that I shouldn’t cancel any concert, that I should not stop my life for her. I obeyed, and this morning it was all over. What a horrible feeling, being thousands of miles away while your entire family goes through the horror of loosing the mother.

The mother of all people, she, who has created it all, who is the meaning of life, she, who is not supposed to ever die. She, who breast-fed us, who taught, scolded, watched and corrected us, who played with us, yelled at us, joked with us – – how is this possible??? She was sick for three years, I know that it was the last time I saw her when I left to the US almost three weeks ago, but still, I am in shock. Good, that I had to “function”, had to rehearse, practise, perform. Lucky me. I wonder how my poor sibblings are doing, who saw her on her bed, pale and without motion, without her incredibly warm energy, without her eyes, which were during all this suffering still so full of life and love.And my poor father whose back is killing him, who couldn’t take the pressure of the slow decay of his beloved wife anymore – he needs my help, no? And I am here, playing this silly little Elgar Concerto, everybody knows backwards.

My friend and partner of my sister, Ã–zgÃ¼r, luckily set up a video-internet-conference, thus I managed to somehow participate at this very sad and silent family gathering around the death-bed of my mother. I saw her, in peace, but quite different. What if I would have been there? Would I have completely collapsed? Well, I actually lost it when suddenly my son Janos stepped into the picture and asked how I was. I didn’t want to do that to him, but I couldn’t help it. I am personally not afraid of death, but I just don’t want to leave my child behind, and I suddenly felt what my mother must have felt and why she fought so long in order not to die.

Luckily enough my friend Paul had decided last week that he was going to come up from San Francisco to hear me. Without hesitation did he book his flight back then, without actually knowing why. Fate? Maybe, for sure I was happy to have at least one very good friend to be with during this difficult day. At night I had to play the concert. My manager Michal Schmidt had called in the morning and offered me to cancel the concerts, but my mother wanted me to play them, she didn’t want me to return to Berlin two days ago, so wouldn’t it be wrong to now stop the life, stop playing music?

I decided to stay, play the concert, and I dedicated it for her, just said two small sentences and asked for a minute of silence. God, I was so close of loosing it again, but I took a deep breath and managed to stay alive. The following Elgar Concerto and the Bach-Encore was definitely among the best I have ever played. Very strange – while playing, I was thinking of her, not thinking about all the other inhibitions one might have, not about the audience, not the radio, not really the composer or the fellow musicians, just of pure emotions – the loss of a mother is unique…

No idea, if the audience really felt what I had inside me, but they listened extremely well. To me it felt as if their incredibly sympathetic vibes/auras reached me and mixed with mine, it felt like one. And while this all was happening I knew I had done the right thing to play this concert in her memory, to indeed dedicate each note of this most beautiful music to her. Do I hurt? Yes, I do, but I am glad that in my last e-mail to her I did let her go, I did tell her that all my holding on to her was egoistic and that actually all I want her to do is to fall asleep and move to this place we have no idea where and how it is. But if she is there, I know it will have become a beautiful place just by her presence.