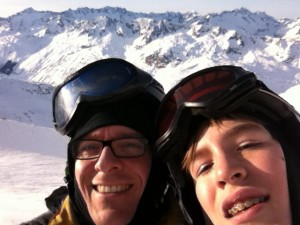 I am not trying to justify myself, but I will just give you another (weak) reason for my laziness in writing here: thanks to a chief editor of a classical magazin in Germany, the “Fonoforum”, who somehow thought that my way of writing rather honestly and directly about whatever happens to a travelling musician could be of interest for his readers, I am writing every month a “thing” for his publication. And somehow, this “thing” which I am normally writing within an hour or so, takes even more drive away from writing onto my own homepage. And while writing here is without guidelines and not too many readers (or at least I don’t know them), at the Fonoforum I mustn’t write more than 3500 letters which I haven’t managed yet, and the poor man is pretty upset about my unability to just state the most important things – I just wrote the new “blog”, and I am already at 3935, which is almost 15% above. 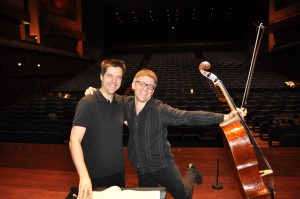 I am also getting a bit self-conscious as I am normally not aware anybody would be reading the stuff I am writing, but being printed is a different story. The other day my old friend Lars Vogt mentioned that he is enjoying my monthly blog, and the manager of the Soloistes Europeéns, with whom I just played the Saint-Saens and Honegger Concerti, asked me if I could mention the orchestra – gratefully I told him that I would love to if he would take some photos from rehersals. I am supposed to provide photo material to each blog entry, but I am so incredibly lame about taking photos, I constantly forget to do it as you probably can tell from the few photos in this blog. To make a long story short: suddenly having the “job” of writing a column in a real paper made it less fun and less relaxed than it used to be.

At least at our skiing holidays right after Christmas I managed to take some nice shots during the only two nice days in the mountains of Andermatt near Lucerne (Switzerland). Why on earth Switzerland, with the strong Swiss Franc and the not really up-to-date skiing resorts? Well, Geri had a concert in Lucerne and we wanted to connect both her work and our fun. We drove with Janos down there, left her in Lucerne and went ahead for a gorgeous day of skiing, when she joined us the next day for her first experience on ski. We had a blast, the three of us, in our little apartment, one day completely snowed in, no skiing because of the danger of avalanches, so we just played Monopoly and cards all day long. Did I actually mention that this future wife of mine is a great fiddle player? We even played our first concerts together, last month, in Cologne, Frankfurt, at the radio station in Berlin and at a private concert in London, and it was wonderful making music with the person you love. Both of us were a bit afraid beforehand, because sometimes the worst comes out of partners when they start working together, but as both of us have no real ego-problems, we managed to take each others criticism rather well.

Few people know how much it takes to work together in music; you have to be so careful in trying to get the best out of your group, because every wrong word can be taken personally and held against you during the next passage which needs work. At least in Chambermusic everybody criticizes everybody, while in orchestras it is most of the times the conductor who tells everybody else what to do which can easily create such bad blood amongst the musicians that most orchestras have rather strong feelings against their conductors who are not supposed to be criticized openly, or who really don’t accept any kind of criticism, not even suggestions. Would it make a difference if they’d allow and listen to criticism of orchestra musicians? It might weaken their authority, at the same time they’d win the respect of some. The conductor with whom I just played Shostakovich’s First Concerto in Bilbao, said that first and foremost a conductor has to be a psychologist, but even that doesn’t prevent them from often being the most hated subject on stage. Sure, there is jealousy, some musicians think they could do the conductor’s job as well and earn loads of money for such easy task – quite a wrong conception; it is a very, very difficult task, and conductors are far from being overpaid. Sure, for a single concert, a conductor earns more than most musicians in front of them, but there is no job-security for them, there is no money if they are sick, there is a lot of responsability on them, and the fees of the not so famous maestros are really not that high. I am not really interested in discussing fees, but I remember, the one time I talked about money with a conductor, he actually earned less than me, and I was only 25 back then and didn’t receive such good fees. And these poor conductors have to work quite hard – they are constantly studying scores, because every week they have more or less completely different programs to perform while I already moan just because I have nine different concerti to play this month. Ok, true, conductors don’t have to play notes by themselves, they don’t have to be “in shape” with a certain instrument, but they have to be aware of so many notes, they have to know the music so well and be in charge, inspire all these musicians who often loathe them, that I am quite happy doing the work I do, although I have always been curious wether I would be able to conduct. Problem is that I have so much respect for that profession that I would need to study for years and years, and for that I am far too lazy…

A propos lazy: whenever I work it’s not because I am not lazy but because I love playing music and I am being asked certain tasks, like for example recording all works by Benjamin Britten for cello. Not an easy task, and for sure I can’t afford being lazy for that one, and I wasn’t! Between the private duo recital with Geri and right before Christmas I had three days of very hard but succesfull recording sessions at Henry Wood Hall in London, recording the cello-piano sonata by Britten with Steven Osborne as well as the three solo suites. Beautiful music, yes, but partly rather dark which is difficult to repeat in front of a microphone numerous times as each time you have to get yourself into that depressive mood. Luckily Geri stayed with me and we had some lovely meals in the evenings, and Hyperion treated us extremely well during the sessions with catered meals and as always the best recording engineers the world has to offer!

Right now I am on my way back from Bilbao, having missed my very first connection this winter, and not even due to weather but some fuelling problems in Bilbao which delayed the flight into Munich. I ran for my connection with little success – instead I started writing this blog in the lounge (what’s new…!). The first concert of the year took place in Swansea which I visited now for the sixth time in the last 8 years, playing the Lalo Concerto with Olari Elts and the National Orchestra of Wales (BBC) – not an easy start into the year, as I respect that piece as one of the most difficult to play; it seems to be rather easy, but wait until you play it with orchestra, you will realize it is very, very tiring to play, because the cello has hardly any rest, constantly playing in the middle register which demands a lot of articulation from the left hand and lot of power from the bow arm in order to project against a big orchestra. It is a charming work but not easy to shape. The lovely second subject should be played in tempo but also demands a certain tranquillo character, difficult to achieve, and the quick passages are some finger twisting uneffective exercises I could easily live without.

After the concert I had to drive the 180 miles back to Heathrow Airport which shouldn’t have taken more than two and half hours if it wasn’t for a closed M4 (the highway) – the detour I had to take was awful and I arrived at the airport hotel at 2.30 am, having to take an early flight to Luxembourg for my rehearsal there with the Saint-Saens and Honegger Concerti. Five hours sleep didn’t really help for a difficult rehearsal; Saint-Saens wasn’t the problem, as I have played this piece almost 60 times in my life, but gorgeous Honegger Concerto was quite a challenge as it was the second time I had to perform it in public after the recording I did a couple of years ago. Either it is age or my brain is filled up with too many notes already, but it appears to me that I am learning and re-learning piece more slowly than ever before. My friend, conductor Christoph König, advised me after our concert in Luxembourg with the excellent Soloistes Europeéns not to do too much because he had seen me struggle through that first rehearsal. The concert went well, at least according to audience reaction and reviews, but I can easily live without the stress of getting lost in a piece I haven’t spent hundreds of hours with.

Well, this is a bit the problem we are facing: either we stick to the known repertoire, like the Shostakovich in Bilbao, which I really can play in my sleep by now (after 50 performances of a work it is really not only in your fingers, but in stomach, heart, brain, every fiber of your being, I guess), but then we mustn’t complain that the same pieces are being played over and over again. Or we take the risk and say “yes” to pieces which aren’t being played so much – but this will automatically be more “dangerous” as we don’t have the same routine and safety net as with the more “common” concerti. I prefer living on the risky side of life instead of being safe, but please, let me complain from time to time about how scared I am  about getting lost in pieces I don’t know soooo well yet, like next weekend in Antwerp the Cellosymphony by Benjamin Britten… 🙂